This has been a long time coming and we’re so excited about it! Check out our progress and plan below.

Just to refresh your memory, this is what the house looked like before. I had painted a few things white, kind of nudging us in the right direction. But, as you can tell, it still had a long way to go.

The paint was just tired. Yeah, I feel like that’s a really good way to put it actually. It had seen better days and really wanted some love.

Here’s some of our progress so far and a plan of where we’re headed.

As you might remember, this is the picture I sketched up with the actual colors, just to get an idea. Of course, the colors seem to look way different on paper than on the house, but it at least helps to give a visual.

Here’s a more real picture of the plan. I used PowerPoint to piece together the landscape and the shutters on the already painted (mostly) house. Pretty excited!

I’m thinking navy blue shutters (the same as the front door), but I’m also considering doing cedar shutters. But I do feel like the navy should be repeated. SO we shall see. It’ll be a game time decision, I’m sure. Those of you who know me know that’s how I function best.

Thanks for following along, as always! I appreciate you all so much. Pin for later below. 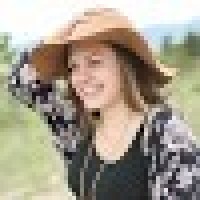